whoweare
Over the last few years, seeking professional advice of oenologists and wine producers, we created a range of containers for winemaking and refining in a historical material: the COCCIOPESTO.
The project follows an already consolidated trend, on the use of aggregates in the fermentation and refining tanks that led to identification of a start-up for the production of design vases Made in Italy.
The production process must offer wineries and oenologists “certified” guarantees (for example from the point of view of food containers), and innovative and sustainable solutions, corresponding to new winemaking and refining needs. The common thread of the entire project is to bring the wine container back to “Cocciopesto” materials and “Octagon” shapes that come from old-age traditions in the use of waterproof materials for liquids.
whoweare
cocciopesto

The story of the “cocciopesto” starts from far away. Already the Phoenicians (22nd century BC) used an amalgam traceable to this material. In the Roman construction technique it is a mixture of lime, sand or pozzolana with fragments of brick (from which it takes its name) which can have different grain sizes, but in any case homogeneous. It was used as a wall covering with waterproofing function in damp places, in cisterns, in heating systems, in the large Roman aqueducts and in all situations where there was a criticality due to waterproofing problems. Pliny in book 35 of his Naturalis Historia, quotes as follows: the vases of the city of Segni were the best and most accredited of the others. (“Fractis etiam testis utendo sic, ut firmius durent, fusis calce addita, que vacant signina”). Vitruvius, architect and the most famous architectural theorist of all time, in his treatise “De Architectura” (On architecture), in 10 books, probably written between 29 and 23 BC, gives us the rules for composing the ‘Opus Signinum. Writing: “you must first prepare the purest arena, break the flints into pebbles no bigger than the weight of a pound, add the lime of the strongest and all in the following proportions: five parts of the arena, two of lime, cement is added to it, everything is mixed in a large mortar and with this mixture walls are made or the ground is smeared and everything is crushed with iron pestles ”. The remains found to this day are there to testify the greatness and genius of our remote fellow citizens.
Prof. Giorgio Santi, professor of natural history at the University of Pisa, in a text on the Sienese provinces, published in 1798, mentions the “concrete” obtained from the selected lime and the shards of amphorae, terracotta vases.
Cocciopesto was used from Pompeii to the Middle Ages up to our times always used as a natural waterproofing.

Our research on historical and natural materials for a possible use in the realization of containers for winemaking, has led us, thanks to the suggestions of renowned university teachers and oenologists, to rediscover this amalgam. Analysis carried out on the material in question gave excellent results with regards to the transfers of heavy metals. In our mixture, lime (which gives off heavy metals that do not benefit the hygienic needs and the organoleptic properties in the maturation of the wine) is replaced by a low percentage of cementitious binder, together with the other aggregates such as shopped terracotta, sand, gravel washed in double grain size and polypropylene structural binding fibers that make up our amalgam.
Following a comparative analysis with other companies which work in the sector that use other inert materials such as clay, clinker or ceramic for containers in the wine field, our vases are certainly the most eco-sustainable, very suitable in particular for organic cellars, as they use completely natural materials in the dough and they do not require baking in the oven and therefore do not give carbon dioxide emissions into the atmosphere.
One of the best features that make it an excellent product is the micro oxygenation which during winemaking helps the lees not to produce unpleasant odors that could be transmitted to the wine. This process gives the wine clearness and cleanliness which during refinement as well as not absorbing wine (such as wood and some non-vitrified cements), does not create oxidative evolutions in the short and medium term.

Considering that for our barrels we have used a historical “mix” such as cocciopesto, also for the product design we were inspired by classic shapes in the history of architecture such as the octagon one. Already in the early Christian period, to get from the Middle Ages to the sixteenth century and up to the present day, vestiges of buildings with an architectural composition matrix that takes into account an octagonal plan, the history of our country is full. S. Vitale in Ravenna, Castel del Monte in Puglia, the baptisteries of Pisa and Florence, just to mention the most important ones, have as their matrix an architectural im-print with an octagonal base, taken by us to design our containers. 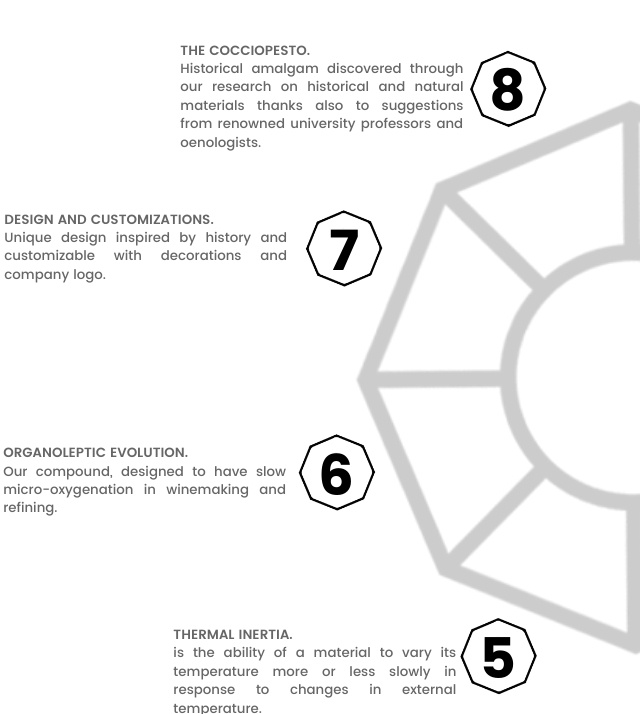 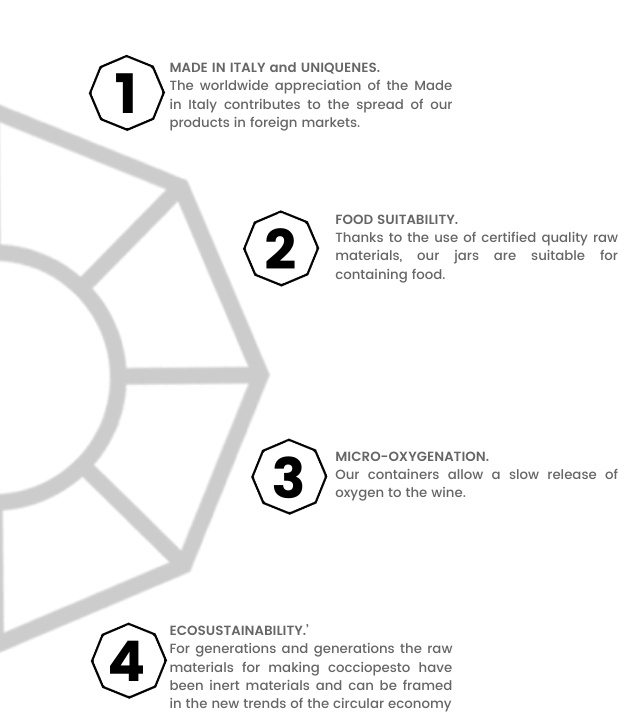 MADE IN ITALY and UNIQUENESS.
The worldwide appreciation of the Made in Italy contributes to the spread of our products in foreign markets. Wine containers are new in a sector, the wine sector, which is fairly static in terms of innovation. Moka 16 and 30 have the additional advantage of being unique pieces, created with a single mold, therefore they are not used with food glues to aggregate products

FOOD SUITABILITY.
Thanks to the use of certified quality raw materials, our jars are suitable for containing food.
It is not necessary to internally vitrify the jar (as indicated by law) with food resins which would nullify micro oxygenation, a fundamental characteristic for the maturation of the wine. The constituent elements of the wine, have a marked potential to interact with the walls with which they come into contact, they are mainly the various organic acids, which can affect the walls themselves by dissolving foreign molecules in the wine. In cocciopesto this does not happen, there are no transfer, which is why it is a certified food material.

MICRO-OXYGENATION.
Our containers allow a slow release of oxygen to the wine.
The wine takes on a vivid color, softens by acquiring more aromas during aging. The container does not absorb wine (as for the wood and some non-vitrified cements) and does not create oxidative evolutions in the short and medium term. Excellent are the results during the winemaking in our containers: the micro oxygenation helps the lees not to produce unpleasant smells transmissible to the wine. This process gives the wine clearness and cleanliness

ECOSUSTAINABILITY.
For generations and generations the raw materials for making cocciopesto have been inert materials and can be framed in the new trends of the circular economy
Our containers are produced with natural raw materials, recycled and waste materials from other productions such as chopped terracotta. The products are environmentally sustainable not only in the raw materials but also in the technic of
production: we do not cook the mix, we do not use chemical adhesives but only drying in the open air and in bad weather!

THERMAL INERTIA.
is the ability of a material to vary its temperature more or less slowly in response to changes in external temperature.
The thickness and mix of our containers ensures thermal stability (even higher than what the earth where the amphorae were buried did, non-existent in steel and poorly performing in wooden containers). The vases slowly regulate temperature variations without causing sudden changes to the wine contained inside and do not require forced cooling, forecast for the Matita line

ORGANOLEPTIC EVOLUTION.
Our compound, designed to have slow micro-oxygenation in winemaking and refining, is framed in inert materials (materials that do not release odors or tastes to the liquid contained). The cocciopesto is in fact an inert material impermeable to oxygen, in which the wine becomes clear and stabilizes, the perfume takes shape with a more intense, fine and complex bouquet, finally the flavor balances and softens. Our containers do not create electrostatic charges like they do with steel

DESIGN AND CUSTOMIZATIONS.
Unique design inspired by history and customizable with decorations and company logo.
Just as for the “mix” we used a historical material such as cocciopesto, also for the design we were inspired by archetypal shapes in the history of architecture such as the octagon one. Even to get out of the usual all-round shapes used to date, thus bringing an additional contribution to a design product made in Italy. Special requests of external decoration with designs and company logos are foreseen in our offer of customization

THE COCCIOPESTO.
Historical amalgam discovered through our research on historical and natural materials thanks also to suggestions from renowned university professors and oenologists.
Analysis carried out on cocciopesto gave excellent results with regards to the transfer of heavy metals. In the mixture, the lime (which gives off of heavy metals that do not benefit the hygienic needs and organoleptic properties in the maturation of the wine) is replaced by a low percentage of cementitious binder, together with the other aggregates such as shopped terracotta, sand, washed gravel in double grain size and structural binding fibers in polypropylene. 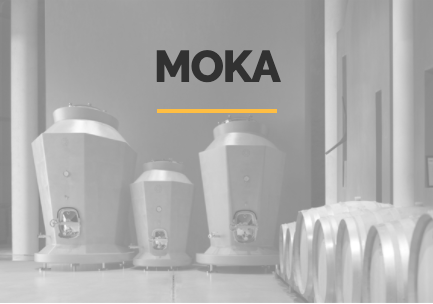 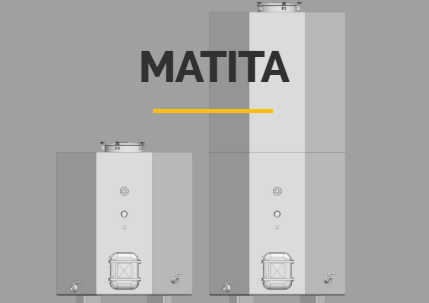 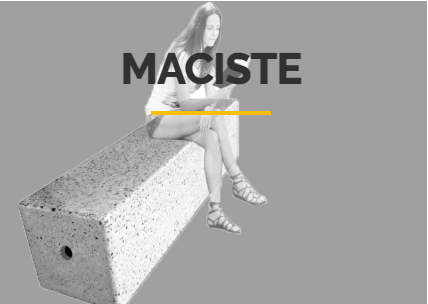